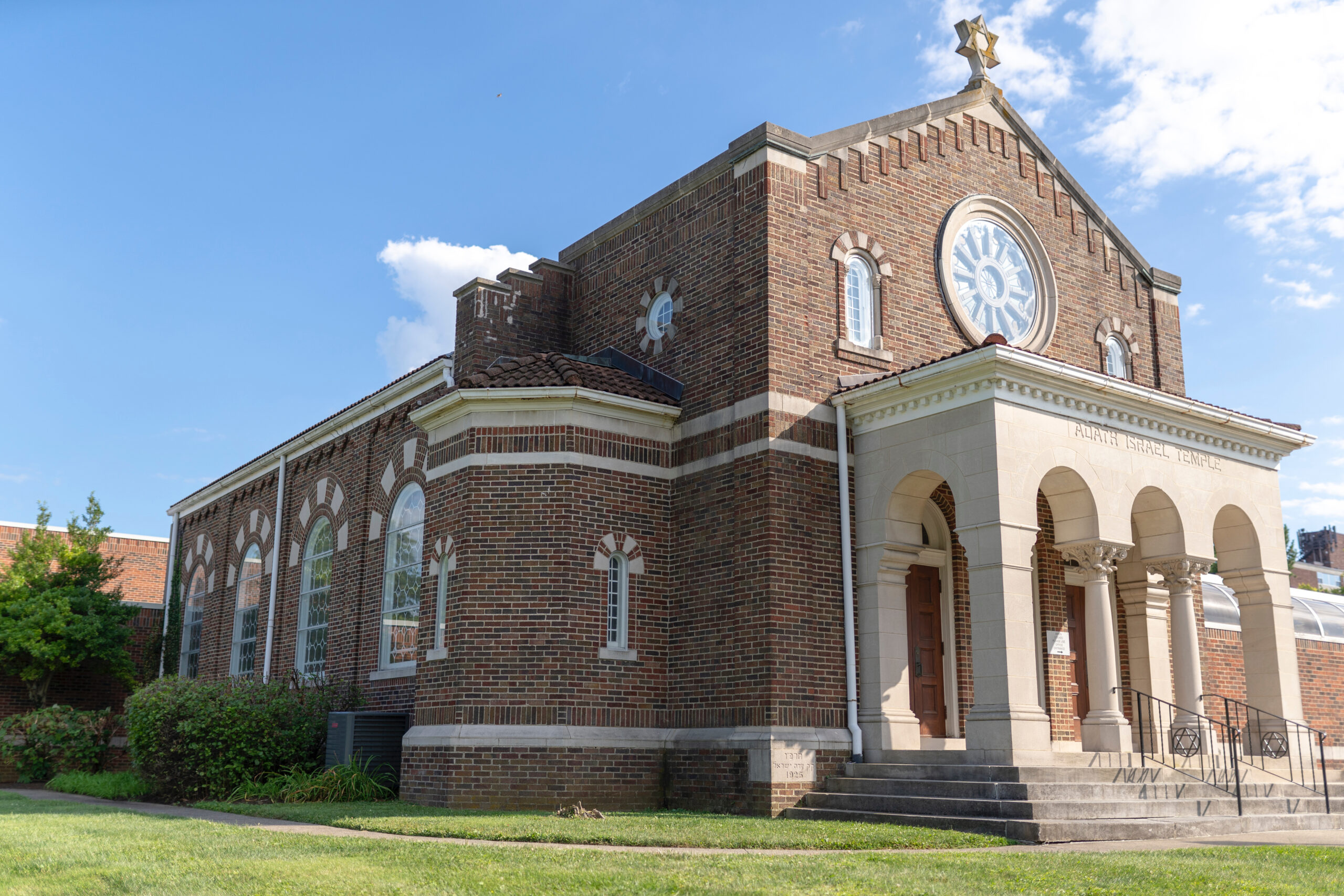 Temple Adath Israel is the oldest Jewish congregation in Lexington. From its beginning it has been affiliated with the Union of American Hebrew Congregations, now known as the Union for Reform Judaism. Formally established in 1904, the Temple was chartered “for the purpose of religious services, a Sabbath school and other matters pertaining to the moral elevation among the Jewish people of Lexington and Central Kentucky.”

Toward the end of 1903, a small group of Jews living in Lexington recognized the need to organize a Reform Temple in Lexington. In 1904, Samuel Goldenson was hired as the Temple’s first full-time rabbi; within a month of Rabbi Goldenson’s move to Lexington, the group formally incorporated as Adath Israel Congregation.

The congregation purchased a building on Maryland Avenue for its first permanent sanctuary in 1905. Members worshipped there until the present sanctuary on Ashland Avenue was dedicated in 1926. In 1949 property adjoining the Temple was purchased for building a Religious School wing, and this expansion program was completed in 1950. In 1983 and 1984, the Temple underwent a major remodeling and renovation. The building was finished and rededicated on Dec. 16, 1984.

In 1987, Temple Adath Israel was blessed to acquire a Torah from the Memorial Scrolls Trust (MST), a non-profit organization which oversees the legacy of 1,564 Torah scrolls that survived the Holocaust from all over Czechoslovakia. Our Torah is originally from Turnov in what is now the Czech Republic. For more about the Memorial Scrolls Trust, please visit their website.

The Turnov scroll is used during special occasions, confirmation, and bar and bat mitzvahs. We read from the Turnov scroll every Yom Kippur, and it is also carried in the community-wide annual commemoration of Yom Hashoah. It gives the congregation a commonality with those who perished in the Holocaust and provides a link to “souls” from the past. In 2019, Temple Adath Israel celebrated a major restoration and rededication of the Turnov scroll.  To learn more, read From Turnov to TAI, a special bulletin commemorating this endeavor.

Since Temple Adath Israel began as a family venture more 115 years ago, TAI has grown and diversified, but we are still family. We celebrate with one another and cry with one another. Our leadership is culled from people who have been here for generations and from people relatively new to the community. Our affiliate groups ensure that every member of our family has a relevant place to flourish in our community.